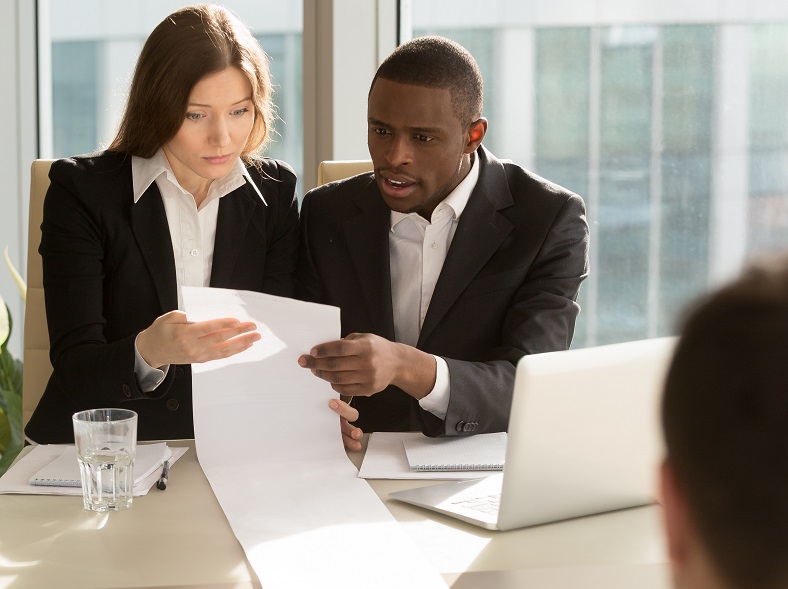 Collectively, The Axelrod Firm’s attorneys have provided major corporate clients with employment advice and counseling and defended them in discrimination matters for over a decade including in sexual harassment actions, wage and hour claims under the Fair Labor Standards Act (FLSA) and state law equivalents, Department of Labor Audits, Family Medical Leave Act (FMLA) claims, and in Whistleblower claims.  More  recently we have provided advice related to COVID-19.

We work with employers collaboratively, engaging with their Human Resources departments as a team. In recognition of our skills, and the way we handle cases, the Human Resources Director of a global employer with a large base in Philadelphia transitioned all of the employment cases under her purview to us.

Where an early resolution is not feasible, we defend employers before the Equal Employment Opportunity Commission and the Pennsylvania Human Relations Commission, and in court. We have an outstanding track record of shutting down virtually all employment claims at the administrative agency level.

We also represent employers in related employment areas including, but not limited to, responding to subpoenas and counseling and claims concerning their social media policies.

The attorneys in The Axelrod Firm have handled the following representative matters:

Through briefing and argument on the motions, the Firm demonstrated that if the information and materials sought were released beyond the confines of the case at hand and/or ever used by our clients’ competitors, our non-party client-witnesses would suffer great economic harm.  We were also able to convince the Court to greatly limit the scope of what was sought, and to compel the parties to sign a strict Confidentiality Agreement fully protecting the few materials and limited information our clients then produced in the action.

We also have experience handling a wide array of employment-related matters including: